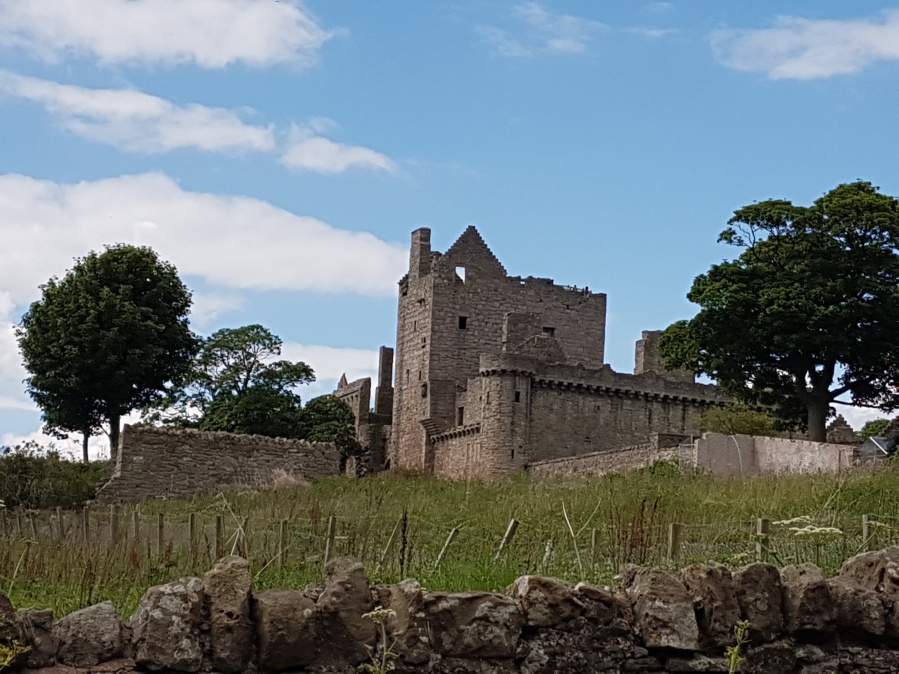 If you live in Edinburgh you simply can’t get stressed about the tourists.

Actually, scratch that. That’s bollocks. Of course you can. I’ll try that again.

If you live in Edinburgh, you simply shouldn’t get stressed about the tourists. The fact is, this city is a very popular destination for people from all over the world. It’s bloody lovely that folk want to visit. We should be welcoming and helpful. And, generally, I am – honest! Hand on heart, can I say I’ve never ever ever got The Rage because I’m rushing to a work meeting or something only to have to dodge hunners of visitors on The Bridges getting in the way, brandishing selfie sticks? Hmmm – probably not. But in recent years, I have learned to embrace more of an inner calm. FFS – I wouldn’t want locals to get pissed off with me as a tourist anywhere that I visit so fair’s fair: I’ve had a word with myself.

So, no – this is NOT a post moaning about tourists. This is a post which is (kind of) about Edinburgh’s (and Scotland’s, in fact, in terms or paid attractions) most popular tourist destination: Edinburgh Castle.

Except it isnae. It’s about one of Edinburgh’s other castles – Craigmillar Castle.

Now, this is a thing that bothers me ever so slightly: visitors might miss some amazing places in Scotland, just because they’re not the really famous ones. Don’t get me wrong, I get it: if I went to New York, I’d go up the Empire State Building. If I went to Paris, I’d go up the Eiffel Tower. If I went to London, I’d like to be taken up the Shard. Matron. However, I’d also like to think that I’d expand my horizons a wee bit, because, often, the beauty of a place is in the bits that not everyone rushes to. And that’s how we arrive at Craigmillar Castle versus Edinburgh Castle.

Look, I have nothing against Edinburgh Castle. It’s very handy that they built it so close to the railway station for a start (note: that joke is copyrighted to about a million comedians). The views of the city from the esplanade are great. There’s loads of hot military history action and you can watch folk shart their pants when the 1 o’clock gun goes off. BUT, give me this place over that place any time: 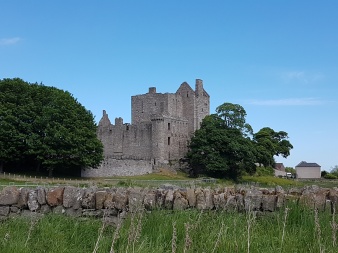 Craigmillar Castle (looked after by the good people at Historic Environment Scotland) is on the outskirts of the city of Edinburgh – around 3 miles or so from the city centre. It dates back as far as the 14th century, with other bits being added later. Mary Queen of Scots hung out there (and, if my memory serves me well, I believe this is why the area right next to the castle is called Little France). It sits on a hill-top right next to the area of Craigmillar (hence the name…). You can read more about the history of the castle from – as usual – People Who Know About These Things – here.

Craigmillar – let’s be honest – isn’t seen by most Edinburgh folk as the “trendiest” or “poshest” part of Edinburgh; actually, many people see it as the opposite and consider it to be one of the “worst” parts of the city.
<Start quick digression> My mate used to live in Craigmillar and pointed out the fact that in the film Wedding Belles (partly written by that Irvine Welsh bloke of Trainspotting fame) which is filmed in many “not very nice” areas of Leith and full of violence and hard drugs: when they want to send one the characters to a REALLY nasty place, it cuts to Craigmillar. Oh and by the way, if you haven’t seen Wedding Belles, do – it’s excellent. <end quick digression>
FOR THE RECORD, I don’t see Craigmillar like this – to me, it seems a perfectly all right place. And it has its own castle FFS – how cool is that? In your FACE Marchmont-Nae-Castle.

There are a few reasons why I love Craigmillar Castle. Firstly, I am a big fan of a ruin.

Oooh I’d forgotten I had an old photo I took there when it was covered in snow!

I just find ruins more atmospheric than “shiny” castles. Scotland is JAM PACKED FULL of awesome ruined castles (and other buildings) – far too many to mention here but I’m sure future blog posts will go through a load of them. And this is a humdinger – it’s big, with loads of bits to explore.

Secondly, it’s slap bang in the middle of Craigmillar Castle Park (imaginative name alert). Now, this is one of those kind of “wild” parks: it has paths which go all over the place, so that you could walk there every day and always find a new route. It’s full of wild flowers which – at this time of year – are pretty beautiful.

Thirdly, the views over to the Forth from the castle and the surrounding parkland are ace:

Currently, a visit to Craigmillar Castle will cost you £6. This is about ONE THIRD of the price of visiting Edinburgh Castle. Just sayin’.

All in all, my plea would be: no matter where you visit in Scotland, look a wee bit deeper than where everyone else always goes and where (most) guidebooks recommend. Hidden gems are plentiful and wonderful in this wee country.

To conclude, I’m not saying DON’T go to Edinburgh Castle. DO go. Fill your boots. It’s a perfectly good day out. But also – if you have a half day spare – just nip on the bus out to Craigmillar (please don’t get put off by the reputation of this area) and visit this castle too. You won’t regret it: for a start, the selfie-stick quotient is significantly lower.